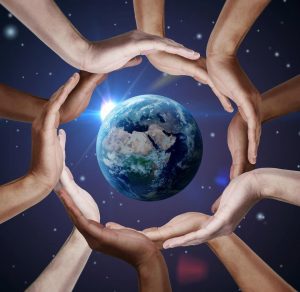 who wish to bring positive social change at this critical time.

Existing models of society are crumbling.
Conscious Earth Alliance
aims to unite good-hearted people who wish to build wholistic societies that nurture all life.
With personal self-development at its core, we are finding ways to build thriving communities.
Our aim is to create an open platform to share knowledge, inspiration and best practices that empower integrated change.
A wave of united strength is sweeping the Earth, join us!

Conscious Earth Alliance
warmly invites you to our Online Conferences
where we explore the details and differences
between transhumanism and neohumanism.

“Without a doubt, the era of materialistic domination of society is near an end. The new era is fast approaching.
The first rays of humanity’s bright new dawn are already starting to illuminate the eastern horizon”.

The views expressed by invited speakers do not necessarily reflect the views of Conscious Earth Alliance. 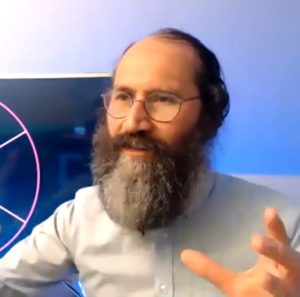 Ravi-shekhar Ananda is a teacher of tantra yoga and meditation. At the age of 23, he became overwhelmed with intense spiritual longing, leading him to leave his native New Zealand in search of his spiritual path. His travels  brought him to India – to the mystical teachings of Shrii Shrii Anandamurti. Thirty years later, the teaching of these ideas and practices remain his greatest joy. He is currently based in Europe.

In this presentation we will learn how yoga understands emotions – known as “vrttis” – and their relationship with the chakras, the mind, the glands, one’s karmic reactions and pure consciousness. We will look at where human beings are located in the grand cycle of creation, get clarity on our deeper human purpose and why clearing suppressed emotional energy contributes to raising our vibration and healing ourselves and our world. 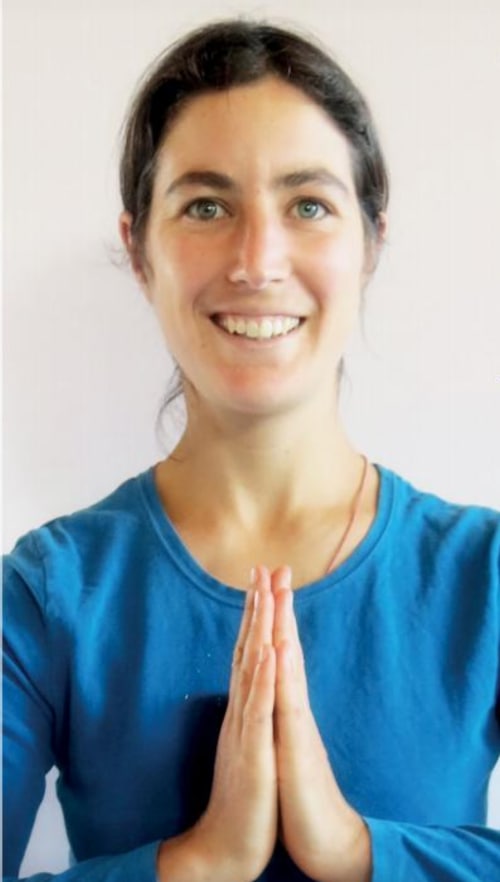 Naturopath, Bach flower practitioner, music teacher, yoga and meditation practitioner and Mum. My ideal in my naturopathic practice is to empower people to achieve all round wellbeing with lifestyle changes, local herbs, therapeutic yoga postures, real food, subtle medicines and knowledge. She currently works in public health. Her dream is to have a public health system that fully integrates natural medicine rather than ignoring, ridiculing or suppressing it. One branch of natural/subtle medicine that I am passionate about is homeoprophylaxis.

This presentation will give a basic understanding of the principles of homeopathy before delving into the main topic which is using homeopathic medicine as a prophylactic (preventative) for infectious disease. We will look at evidence from around the world of successful use of homeoprophylaxis in past outbreaks of both bacterial and viral infections as well as potential ways of using it in the present to prevent symptoms of infection or vaccination. 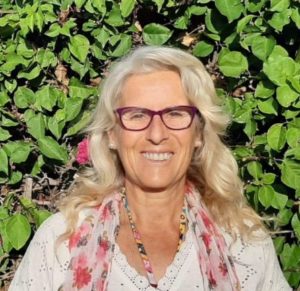 The uses and utilization of chlorine dioxide

Learn how to use chlorine dioxide, a strong blood cleaner, based on the book “Forbidden Health” written by Andreas Kalcker. Beatriz will not only be telling but also demonstrating on how to use it. 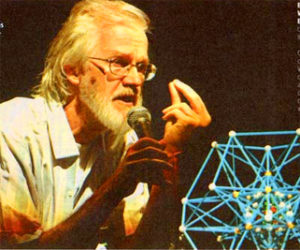 Negentropy- Fractality & Biofeedback for Path of Bliss vs Astral Hygiene

The same fractal implosion of charge: the ‘grace’ of bliss- is teachable with biofeedback – on EEG flameinmind.com and as Life Force Regeneration – Theraphi.net. We examine how the pure principles for becoming centripetal, creates the charge implosion in the aura, which launches a coherent longitudinal EMF plasma projection- ‘shamanic’ called the BA from the KA, or Rainbow Light Body – or Etheric body. Astral hygiene teaches how holes in the aura form- which invite parasitics- due to asymmetry- directly related to drug abuse- and depression. The same fractal or conjugate harmonic inclusiveness ( eeg/ekg/hrv/plasma – ref goldenmean.info/holarchy ) which define immune health medically – also define bliss – and the path from parasitism – to an aura which is navigable into stars before and after death. Having designed the charge field which measurably triggers lucid dreaming (theraphi.net ) – and therefore memory through death- we can teach the (fractal / charge distribution perfected) electrical engineering of bliss – which is simply the charge radiance enabled by implosion first. Transliterating the terms HE-aven, planes of sharon- Champs Elysees – we learn pure physics is the empowering beauty language in which to learn spiritual science. 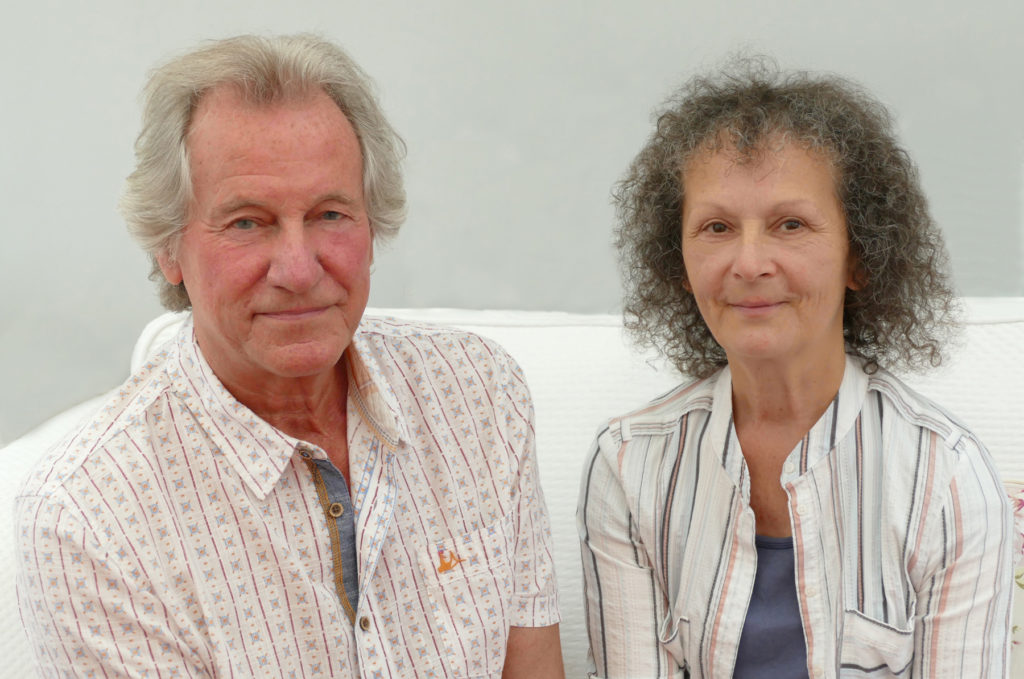 Dawn Lester and David Parker have technical backgrounds in accountancy and electrical engineering, respectively. Their aptitude for logic proved extremely useful in their ten-year investigation of the real nature and causes of human illness because it was free from the dogma and biases inherent within the medical establishment system.

Their unbiased and logical approach enabled them to follow the evidence with open minds and discover the flawed information promulgated by the medical establishment, as revealed in their book, What Really Makes You Ill? Why Everything You Thought You Knew About Disease Is Wrong.

Why Everything You Thought You Knew About Disease Is Wrong

The idea encapsulated in this quote will no doubt be regarded by most people as inapplicable to 21st century healthcare, especially the system known as modern medicine.

The reason that people would consider this idea to no longer be relevant is likely to be based on the assumption that ‘medical science’ has made significant advances since the 18th century and that 21st century doctors therefore possess a thorough, if not quite complete, knowledge of medicines, diseases and the human body.

Unfortunately however, this would be a mistaken assumption as our talk will demonstrate. 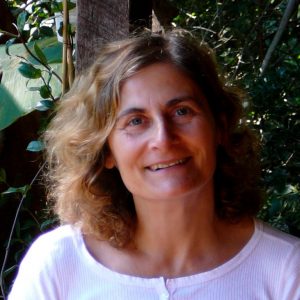 Radha is gestalt Psychotherapist, nutritional endocrinology health coach, detox practitioner and long-term yoga and meditation teacher. She ran detox retreats in Australia for the last 15 years, in conjunction with amwellness.org and the Cebu Global Wellness Center in the Philippines. She has made it a mission in her life to help people regain their well-being, motivation, inspiration and life purpose on all levels – physically, mentally as well as spiritually, overcoming sorrow and obstacles along life’s journey.

How to Detox, Prevent and Overcome Disease

You will learn simple yet extremely effective ways to rid your body of toxicity, and the use of superfoods to preventing and overcoming disease on all levels. You will discover the ancient wisdom of using food as medicine, to strengthen your body and brain. You will learn specific protocols and ancient practices to maintain or regain your health at all times, and especially during the present health crises. 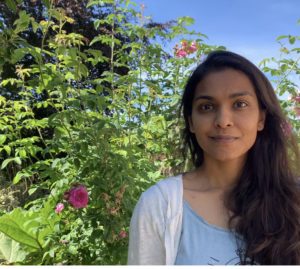 15 years experience as a practitioner working with patients with variety of conditions. Passionate about raising awareness of natural medicine and healing modalities.

The focus of this talk will be herbal medicine and related immune-enhancement protocols for respiratory viruses, specifically coronavirus and its development into covid-19.

My recent experience of treating families with herbal medicines to aid recovery from coronavirus was clinically an invaluable experience. None of the patients developed severe symptoms and all recovered within approximately two weeks of treatment.

There are many different natural methods that can be employed to aid the body in its approach to healing from dis-ease. Plant medicine/medicinal herbs is one of them. Herbal medicine acts as agent between the nature, the body and its biological terrain and can be seen as a combination of phytochemical compounds (plant drugs). They can have serious side effects if misused (some can kill you!) but on the whole considered extremely safe if utilised with respect and some knowledge. Indeed the side effects are nothing like those of pharmaceutical drugs.

On the other hand, plant medicine can also be seen and used as an adjunct in healing the body from its essence and utilised as energy medicine for example with Bach Flower Remedies. Whichever way you see it, nature has given us all the answers if we know where to look.

To Register for the Conscious Earth Alliance Self Development online Conference:

Do check the email account’s spam or junk folder in case our email message arrives there.

(Your email address won’t be sold/shared.)

Consider supporting Conscious Earth Alliance in their efforts.
Many of our staff are volunteers.